The Institute of Directors (IoD) is a professional institute where directors, entrepreneurs and other managerial professionals can grow and enhance their business through exclusive networking, events and professional development.

When collaborative work between the IoD and Coast Digital began, we wanted to test a social media lead generation campaign with the IoD – the aim being to generate leads through soft conversion sign up forms that would appear on Facebook news feeds.

We also endeavoured to ensure a positive user experience, with a concise and easily accessible user journey that didn’t take up too much time – this would ultimately increase the likelihood of engagement.

We used Facebook targeting to put our IoD Facebook Ad in front of specific people (i.e. directors and business owners) for engaging and relevant visibility when these people scrolled through their Facebook news feed.

Once the Ad was clicked, a form would pop up within the Facebook platform – pre-populated with the user’s name, email and phone number – with the choice to modify their details if necessary. The user doesn’t leave Facebook throughout this whole process meaning that we are shortening the lead generation journey for the user.

To register interest in signing up for a membership, all the user had to do was press the ‘submit’ button to give their details and agree to be contacted by the IoD.
Once a day’s worth of leads had been collected, we provided the GDPR compliant data of every lead to the IoD, so that their sales team could contact prospective members and provide more details about the types of membership available.

The disclaimer within the Facebook Ad was included on our recommendation to allow the IoD to contact future prospects that submitted interest, but did not immediately sign-up for a membership. This would allow for communication further down the line by way of marketing news, events and promotions regarding the IoD’s memberships.
We designed four different Facebook Ad creatives for four different Ads and consulted with the IoD regarding the Ad copy before going live. Once everything was ready, we launched the campaign in June 2017.

Get the most out of your media budget

The campaign’s performance was well received, and even since the start of this year, the increase in activity has proven lucrative.

Owing to its early success, this type of advertising evolved through tried and tested social media methods and became a regular, planned activity for the IoD.

From January 2018 – May 2018, we saw a significant number of leads generated since implementing the IoD’s social campaign:

As time progressed and more leads were generated, the campaign became an impressive revenue driver – thanks to the well-executed and effective utilisation of social media.
What’s more, since the campaign first launched, the average conversion rate from the enquiry click through and form completion has been 37%.

This “always on” campaign has proved very beneficial for the IoD – not only through revenue increase and the number of leads generated, but also through the brand exposure and increased awareness gained through Facebook advertising.

The IoD were delighted with the results our Facebook campaign achieved for them: 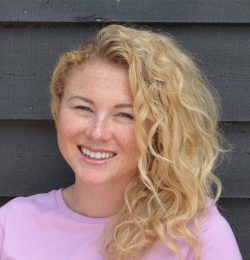