Bot Vs Being: Is AI The Future Of Copywriting? (The Bot)

The following article was written entirely by an AI copywriting bot as part of our experiment to find out how likely it is that AI copywriting is the future of copywriting. To compare this article to one on the same subject written by a human, click the link at the bottom of the page. Enjoy!

In recent years, artificial intelligence has advanced to the point where computers can learn, adapt and even develop their own personality. Internet users are inundated daily with the new ways in which AI is being used to make everyday tasks simpler and quicker. But what about work tasks? Could AI copywriting replace humans in the industry that’s focused on human conversational language?

AI is a machine that learns. In plain terms, it has no defined set of human characteristics. It is used to learn and analyse patterns of information that will allow it to use the information in new ways. AI is most commonly used as a method for applying data analysis to solve problems in situations where people have not had time to observe the data.

The application of AI to any area of the business allows a company to learn new ways of doing things and create efficiencies where previously it might have been seen as impossible. How does AI copywriting work? Some might ask what exactly AI copywriting is.

How does AI Copywriting work?

According to AI Copywriting, the concept of AI copywriting doesn’t mean we’re about to be replaced by robots. What the company describes as AI copywriting is where AI tries to understand human communication in order to create relevant content based on users’ verbal and non-verbal behaviour.

While it’s exciting to think of robots writing stories and producing marketing material for your brand, to replace humans in the copywriting world would be wrong on many levels. According to the company’s CEO David Rotman, human writers have many unique qualities to add to the mix. Human Creativity Is Needed David Rotman, CEO of AI Copywriting, says a good copywriter adds emotion to the brand messaging.

The potential for Artificial Intelligence in the Copywriting Industry

A good example of how AI can be used to write copy can be found in the work of IBM’s Watson. The technology was created in 2002 and went on to win the American TV game show Jeopardy! in 2011, and the Academy Award for Best Actress in a Leading Role in 2013. This unique combination of deep learning and natural language processing allowed Watson to analyze and comprehend a human conversation in real-time.

Watson’s ability to take stock of an interview in a matter of seconds led to the development of a set of ‘magic words’ that would mean success in human-to-human dialogue. The more use that was made of these words, the more successful the AI would be in its performance.

If the above examples are anything to go by, the future of the industry is anything but scary. Our voice assistants are rapidly learning what we say. Just recently, Google Duplex had a Skype call with a human being to conduct a web search. The machine listened to the human and crafted the entire web search, even getting the name right. We’re not ready for human-to-human conversation quite yet, but we’ll get there soon.

However, there are still bigger hurdles for AI to overcome. Most recently, scientists at the Massachusetts Institute of Technology and Google created an AI that can think for itself and produce different speech patterns based on which it believes a human will be more likely to hear. So what is the future for AI in copywriting?

***
Check out the other instalment in this 2-part blog series: Bot Vs Being: Is AI The Future Of Copywriting? (The Being), where you can read a more whimsical version of this article as written by our in-house Content Specialist. 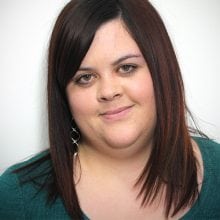 In our latest meet the team feature, we chat to our Paid Social & Display Specialist Jamie Potter. Jamie works with our clients to create, develop and manage powerful and profitable social media advertising campaigns. We discuss what clients ask the most about this channel, and his top tips for getting the most out of social media marketing. 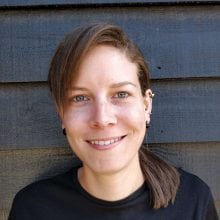 Bot Vs Being: Is AI The Future Of Copywriting? (The Being)