The Netflix Media Database – Marketing Just for You

The technology used at Netflix is fascinating and is constantly evolving to keep us all glued to our seats. Whether you’re watching the latest episode of Orange Is the New Black, Queer Eye or Friends – there’s bound to be something that you’ll want to watch (again and again sometimes!). Making sure people can find something they’re interested in is difficult because you need to cater to the different tastes of so many people.

Netflix, like other streaming services can only show content that they have a licence for in a particular region, so they can’t just show you anything they want. That means they need to get creative about how they show off the content they have to offer. This is where their Content Database comes in. Have you ever been scrolling through the different genres and seen that there’s a category called Popular on Netflix, or Witty British Comedies? Content is tagged up very granularly so that when Netflix creates a profile of your likes and dislikes, it can programmatically create previews and images that it thinks will appeal to you the most. 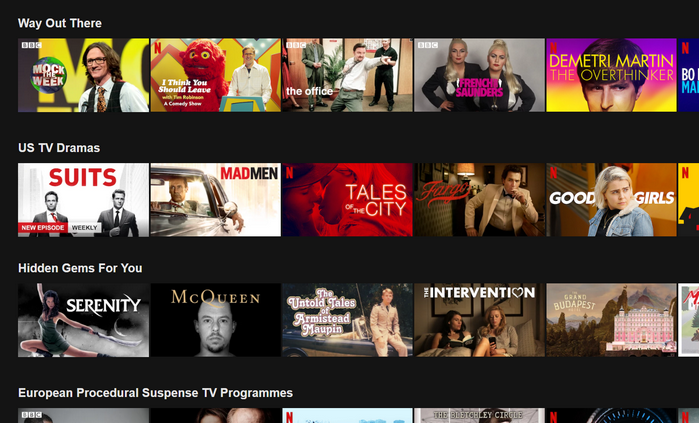 What’s more, the well-known ‘Popular on Netflix’ category is made up of shows that are the most popular, but it’s also tailored to your individual tastes. It’s not a collection of the outright most popular series and films, because that might not appeal to you which may result in you closing the platform and going to another service.

Getting to Know Artificial Intelligence

When you watch things on Netflix, artificial intelligence is slowly collecting data about your watching habits. What films you watch, who’s starring in them and if and at what point you might turn it off. This means that the system can start to create a bigger picture of what you’re most likely going to enjoy watching and use artwork personalisation, creating images to use in banners on the site to encourage you to try some new programmes. 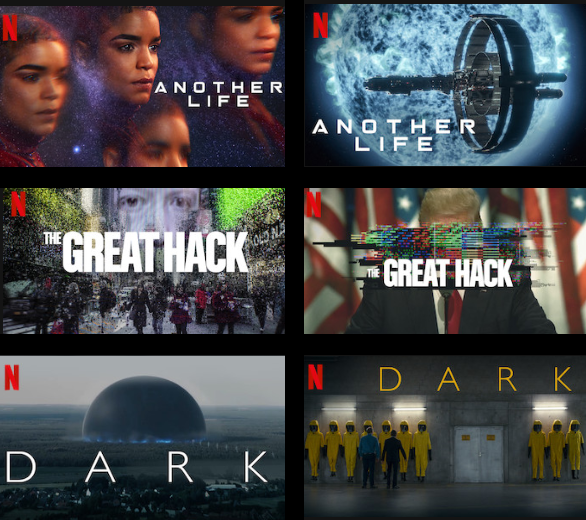 If you seem to really like a certain actor or actress who tends to play supporting roles rather than the lead role, the images used in the previews will start to specifically show that actor or actress. In fact, if you tend to switch off when you learn a particular person makes an appearance, you may even see scenes of the show or film where that person isn’t present.

This is a really great way of marketing to audiences and is essentially what happens when the likes of Google or Facebook are serving you adverts on their platform. They’re trying to build a picture of who you are, so that when you see personalised adverts, they really are personal to you.

Appealing to the Target Audience

Whilst it may seem fairly obvious that Netflix would need to create a database of information about shows to match content to your tastes, it’s not without its challenges. Determining a person’s characteristics is complex because it’s not just about showing a text based advert to someone of where the nearest fast food shop is.

You need to understand that person much more deeply. Who in the cast do they like the most? Is there a definitive point where they will switch off, such as scary or gory scenes? Is this person binge watching every episode or does it take them a week to watch just ten minutes? These are all things that need to be considered.

The media database then needs to collate that information and create stills from the content highlighting the best bits. It needs to determine what the best trailer to show you might be and even provide the best description possible to get you curious about what happens next.

Once again Netflix has created innovative technology that really benefits its customers. It’s a very interesting challenge and something we often take for granted when using streaming services like this. Do you use Netflix? If so, what do you think of the performance of their media database on your watching habits? 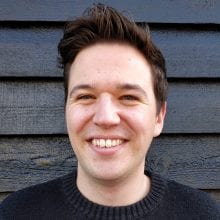