What I Learned at BrightonSEO 2019

Hi guys! I’m back from my first ever BrightonSEO conference and, quite frankly, I had an amazing time! Met some brilliant people, learned some interesting things, and had what was without a doubt the BEST burger I’ve ever eaten – Lucky Beach Café, I take my hat off to you! 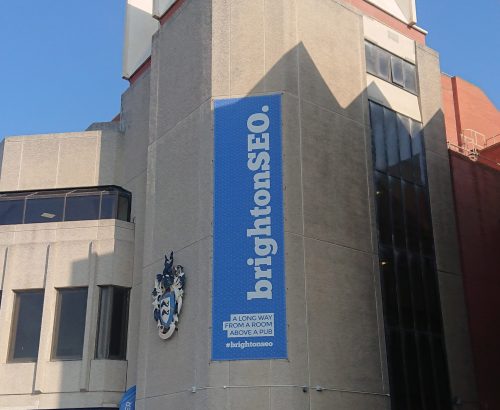 With so many interesting SEO-themed discussions and keynote speakers on the agenda, I was only sorry that I couldn’t attend them all.

So without further ado, here’s a quick recap of the cool stuff I learnt – enjoy!

First up in Auditorium One was Izzi Smith giving a talk on Delivering *Meaningful* clicks with enriched SERPs. Izzi started strong with some terrible (yet awesome) puns – CTR-U Ready? (lol) and went on to talk about a very practical approach to using Snippets well.

In comparison to Rand Fishkin’s slightly ominous, graph-based intro last year, Izzi captured the audience’s attention straight away with some really interesting tips.
What you should be investing effort in:

Izzi then spoke about CTR as a ranking factor and, I have to say, she summed it up really well:

Izzi wrapped things up with another pun that we all groaned at but secretly enjoyed – “that’s how Izzi it is”.

Honestly, I would happily write an entire blog about the topics she covered, but that would totally negate the “highlights” angle I’m going for – so moving on!

You can view Izzi’s slides here:

Next up in Auditorium One was Emily Potter with a talk entitled Featured Snippets: The Achievable SERP feature and a completely different opinion on featured snippets to Izzi.

Some really valid points were raised – for example, featured snippets can also reinforce existing beliefs. So, if you’re going to argue a side, argue the flipside in the same argument and double your chances for more featured snippets.

She even provided a “Monday morning actions list” to help claim those featured snippets too.

Emily’s slides can be viewed here:

Later in the day I attended a talk by on how to improve your rankings with internal link building and no headaches.

Once my eyes had recovered from the shock of his bright orange suit, I quickly learnt how important it is to review internal link anchor text. Anchor text like “terms and conditions” are probably your most common – you don’t want to rank for this.

And in Christoph’s wise words – “Do it right frickin’ now”.

Next up was Fili Wiese (an Ex-Google Engineer) on his love for sitemaps. This man has probably forgotten more about SEO than I know. Hearing him dispel myths about sitemaps, and even explaining how sitemaps can solve other SEO issues was awesome.

Up next was Razvan Gavrilas, delivering a talk on building an SEO exponential growth model by closing your content gaps.

Razvan spoke about keyword research and how the metrics we use to choose them should change.

He suggested the following metrics:

Get your keywords, filter them by rankings and by keyword difficulty, and then by intent. Finally, re-optimise your content. The goal is to provide higher value for a searcher as well as matching their intent more than the competition. Then repeat. Over, and over, and over. Indefinitely.

Razvan’s slides can be seen here:

Best Burger I Have Ever Had

After all this came lunch. Not usually worth a mention, but in this case, Oh. My. God. I would genuinely be willing to drive back to Brighton just for this burger. I’m not even exaggerating, it was THAT good. 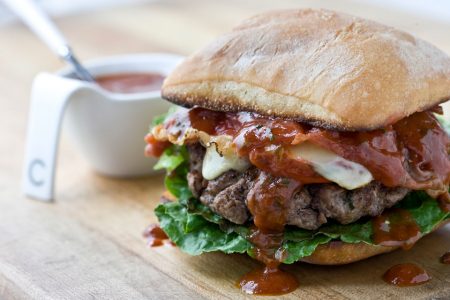 After feeding it was back to more talks.

Next up I watched Paola Didone deliver her talk entitled Competitor Analysis: A Scientific Method. Firstly, a strong use of Rick and Morty in the opening slides (target audience much?) Then a step by step list on how to do competitor analysis in any language:

It was during Paola’s talk that I finally heard someone agree with me when it comes to external links: Stop focusing on domain authority. DA is the wrong metric for reporting on link building.

Firstly, Hannah Smith from Verve Search (and the interviewer for the Q&A), asked some great questions.

One of her best questions was about search intent:

“If someone wanted to buy contact lenses, how does google know they have provided the best result?”

John admitted he didn’t know, as there is no objective that’s right or wrong.

Then she moved on to SERP Features and answer boxes, and how SEOs see them as stealing traffic. John replied that the web evolves – maybe a site has an objective answer, so Google shows it. Hannah’s response was brilliant, and one that a lot of SEOs would agree with:

“That’s not your answer though, is it?”

She continued to push the topic, really trying to get an answer out of John, while also expanding on how Google shows ads on a page, lifting the content off a page, not sending traffic through, and breaking the “agreement” a little.

She then pushed about the de-indexing issue that SEOs saw almost 2 weeks ago. John put it down to a “standard technical error”, as opposed to an algorithm rollback or something else. “Just a mistake”. But we did learn that Google’s internal alert system is called OMG!

Finally, a quick question about lack of reporting on voice search keywords. John’s answer was essentially just get a device, use it, and see how you use it to search. Google struggles with knowing what to do with voice metrics and how to report on them at the moment, that’s all.

All in all, it was an eye-opening day with loads to see and learn, interesting people to meet, and some really great key takeaways to utilise. 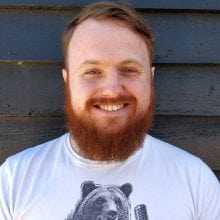 How Keywords Can Inform Your Digital Marketing Strategy and Beyond 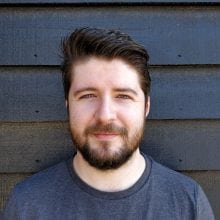