If you perform a Google search today, you may notice that the SERP (search engine results page) you see is quite different to what you would have seen running the same search only a few days ago.

That’s because, as of the 22nd of February, Google has removed all right hand ads from the SERP *CUE DRAMATIC MUSIC*.

This right hand space will now be used for… 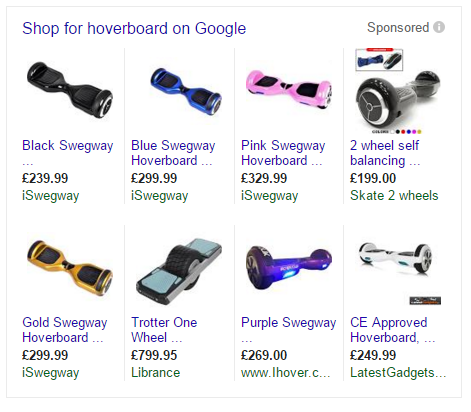 We’ve seen how PLAs have been an area of growth for Google so it should come as no surprise that they’re sticking around – if anything they’re now even more important.

‘Hoverboards’, on the other hand, we’re not so sure about. 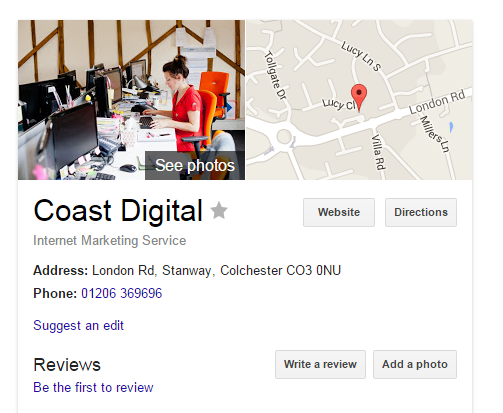 As for the space that will now be occupied by paid listings, there are suggestions that the number of paid results at the top of the page will increase from three to four if the search query is ‘highly commercial’.

Why is this happening?

Before we cry out that PPC is dead, we need to try to understand why Google is making this change.

In their article Google To Remove Right Hand Side Ads On Desktop?, published on the 18th of February, The Media Image spotted the signs that this change was on the horizon. They stated:

“One potential reason for limiting the amount of advertisers on the SERP might be that Google has determined the average CTR for the RHS ads is poor across verticals, and the expected CPC inflation from this major change is projected to be more profitable in the long run, we suspect.”

This change also brings the desktop Google experience more in line with how it appears on mobile – although how these changes will affect the amount of ads shown to mobile users is yet to be confirmed.

As identified in the above quote from The Media Image, it seems likely this change it going to drive up CPCs.

As a general PPC rule you should always aim for profitable clicks in the top 3 positions – our expectation is that few people will scroll down to the bottom of the SERP and get pulled in by ads there. A further knock on effect will be that click-through rates for ads below position 3, and thus now at the bottom of the page, are likely to drop.

All of this increased competition for the top 3 spots can only mean one thing… the aforementioned increase in CPCs. Our prediction? It’s going to get ugly.

With increased CPCs and less opportunities to be seen at the top of the SERP, this puts even more focus on the top organic rankings for your service or product.

If CPCs inflate as predicted, then those organic clicks become even more valuable. If you’ve been neglecting SEO in favour of PPCs ability to put you in front of your customers quickly, then now might be the time to pick up your SEO hat and even out your approach! 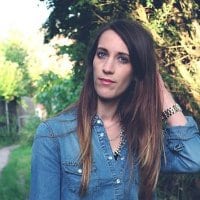