This post is now out of date – Google Plus Pages have now launched.

In a nutshell, Google plus is Google’s response to the massive uptake of Social Media from the key players in the social space; Facebook, Twitter and to some extent, LinkedIn.

For some time now, Google has been acquiring and developing a number of different online services; Picasa for Photos, Buzz for status updates and content sharing, Google Talk for online chat, and more recently, +1 – the Google ‘like’ button that now appears in the Search Results, enabling users to endorse content they view and consume online.

What is in it for Google?

Google wants Google Plus to provide them with signals of quality and importance. These signals will allow Google to rank content on how people share and consume online information, enabling them to improve their flagship service, Search. As the web becomes more dependent on ‘real-time’ search, this kind of information is crucial for Google to be able to return the most relevant search results to end users.

So, why is it relevant?

One way that Plus differs from most other social networks in its prominent ‘circles’ feature that allows users to group the people they are following. This allows personal, professional and industry specific users, for example, to be placed in a users own circles, so that only specific content is shared with those pre-determined groups.

Recently, research has suggested that a volume of shares on Facebook and Twitter already has a correlation with high ranking, which means that sharing relevant and buzz-worthy content on these networks and in the future, on Plus, should help with improved search rankings.

Aside from the feature differentiators, uptake has been faster than any other social network has seen, taking just 16 days to reach a very impressive 10 million users and a further 8 to reach 20 million.

Still in its relative infancy, currently, the most followed users on Plus are technology ‘evangelists’; Facebook’s Mark Zuckerberg, Google’s co-founders Larry Page and Sergey Brin, Vic Gundotra, Senior VP of social for Google and technology blogger Robert Scoble. Not surprisingly, the user base currently largely represents the technically savvy and social influencers, but will no doubt become more widespread.

What Should we do now? Set up business accounts?

There aren’t business profiles available to use yet. They’re on the way, Google have said. A quick warning though, no matter how keen you are to do so, Don’t set up a profile for your business yet! Google are saying that they won’t be migrating personal accounts to business profiles when they do launch in Q3 of this year.

When they do, however, Plus might turn out to be quite exciting – keeping ‘circles’ of industry specific users enables business conversation to happen separately to personal status updates. this flexibility over-rides some of the issues faced by Facebook and Twitter as they have become over laden with personal chatter and noise.

What can we do in the meantime?

Even though business accounts aren’t available yet, do set up a personal account – get used to the system, learn about circles and build some in your vertical or industry. Publish some posts and start communicating around your area of expertise, building your personal profile amongst a network of people that you will be able to interact with further when business pages do arrive. We’ll let you know when that happens! 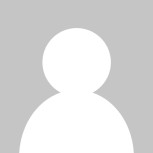