David Wharram and Ross Henderson turned out for the Coast Digital golf team in support of Havens Hospices on Tuesday 16th April 2011.

The event was being held at the Thorpe Hall Golf Club, Southend on Sea.

With an 18 hole Stableford competition and prizes for the best individual and team scores, along with the Longest Drive and Nearest the Pin prizes David and Ross were keen to make an impression. Following a hearty brunch, things started well…two solid strikes on the first hole were bravely captured by the event cameraman. Had said cameraman been aware of what David was capable of (reference 9th tee a couple of hours later) he may have thought twice!

Our boys were finding the fairways and greens with unerring regularity. David had even out driven the longest drive marker, but was just wide of the fairway on that occasion so his mammoth effort did not qualify. The high quality golf continued until the ninth hole when David confidently stepped up to the tee with his ‘trusty’ King Cobra driver and proceeded to blast two identical shots straight out of bounds, through some trees and directly towards an adjacent road. Without hesitation David and Ross quickly headed off down the fairway, David unfortunately unable to score on that hole but Coast Digital reached the turn in a strong position, David on 15 points and Ross on 22. 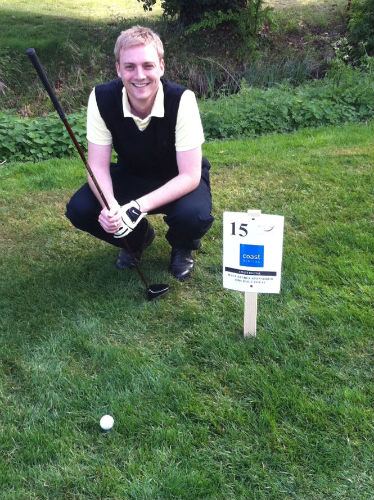 The back nine continued in similar fashion; generally good solid play, with the odd mishap, but very slowly as the group in front managed to find every hazard on the golf course. Twice. Each. And they were a four ball so were already taking twice as long as David and Ross. On the nearest the pin hole, the par three 13th, David and Ross both hit the green, but were slightly adrift of the winning shot.

Despite a frustrating finish by Ross, David rallied and finished the round with two PGA Tour calibre tee-shots which split the fairway and were pushing 300 yards each. At the close of play David had amassed 27 points whilst Ross finished with 40.

The round was followed by a three course dinner and an awards ceremony. Unfortunately Coast were unable to enter the team event as our designated partners for the day had been unable to attend, but when the individual award was announced Ross Henderson was proclaimed the winner with 40 stableford points. David’s 27 points put him firmly in the top half of the rankings and had our partners been able to attend perhaps we would have been able to add to the trophy haul…we will never know. 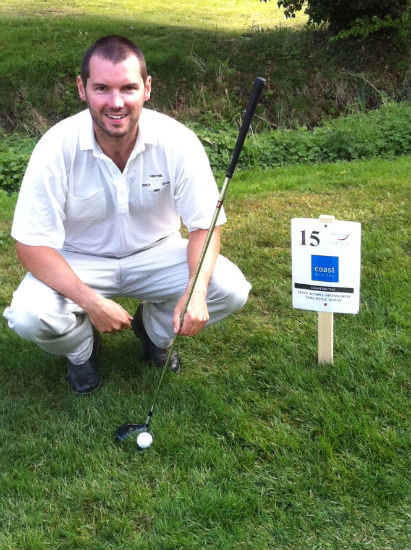 There was still time for a raffle win in the shape of the bottle of wine and the highly coveted signed Nick Faldo bunker shot photograph which was won in the prize auction in exchange for an additional donation to the charity on behalf of David and Ross.

Coast Digital had sponsored the 15th hole in support of the Hospice, in doing so helping them ever closer to their event target of £10,000. We should hear how they got on very soon.

A great day and a very worthy cause.

Coast on the Coast: Birthday Boating on the Solent