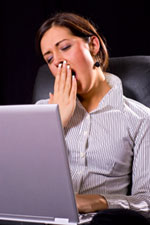 When is the novelty of Twitter going to wear off, at least in the media?

For a service that’s quite clearly billed as a social network, I find it hard to understand why there’s so much fuss about people doing – erm – social things on it. Yes, the sight of people flirting and chatting, lying and scheming, plotting and self-publicising can be fascinating – that’s why journalists fill their pages with this sort of stuff.

At least, that’s what they tell themselves.

But why the extra hoo-ha when people do these things on Twitter?

Let’s take the Twitter stories of last week and assess their real significance.

She’s pregnant. She announced it on Twitter. “Woo hoo I’m gonna be a mummy!” she said.

Significance: why issue a press release when you can get national coverage with a tweet?

Kerry Katona is not

She isn’t. Despite someone on Twitter saying she is.

Significance: who cares? It’s just another non-story about Kerry Katona. Turn the page.

Neither is Kate Perry

No baby for Perry either. “Ur gonna make me cry, maybe that’s my period tho. THAT’S RIGHT I’M BLEEDING. Face. Better luck next month peepz,” she tweeted.

Significance: yet more free publicity for something that hasn’t actually occurred.

But Tila Tequila is

She is so. The lover of the late heiress Casey Johnson says she is.

Significance: yet more free publicity for something that has actually occurred.

And having read all the non-stories, pulled off the internet by hacks who are desperate to fill space, it’s hard not to sympathise with the following item of interest.

He doesn’t like Twitter. He’s stopped using it after six tweets, claiming it to be ‘pointless’ and ‘undignified’.

And sadly, given the oodles of tedium that seep from Twitter into the pages of the press, it’s tempting to agree with him.

But that’s to miss the point – Twitter is just like any other social medium, and you can actually derive a lot of pleasure, amusement, satisfaction and even profit from it, without once noticing that a minor celeb is (or is not) carrying a child. It’s in the newspapers that you can’t avoid that sort of dross.

No matter. Let’s end on a positive.

Yes, an additional $5 million has been trickling in. And I’m not along in thinking that’s one of the many good sides of Twitter – one that doesn’t have much to do with pregnancies, real or imagined, and one that may well have been missed by Ricky Gervais.

Here’s how you can donate to Haiti earthquake victims.

Should search engines be nervous about social networks?